What are the latest developments in Saudi Arabia’s ambitious KSA Mega Projects?

When complete, the plan hopes to draw two million annual visitors to the historic Saudi region, where Prince Mohammed wants to make a “living museum” to showcase 200,000 years of human and natural history.

The group is bringing together some of the world’s most celebrated chefs and restaurateurs to open up a range of internationally acclaimed restaurants in the heart of Riyadh. These include:

• Bruno, one of the UK’s leading hospitality groups;

• Long Chim, one of Hong Kong’s premier dining destinations; and

• Tatel, one of Spain’s most iconic restaurants.

All restaurants will offer a contemporary take on traditional Arabian cuisine, featuring dishes such as lamb kebabs, grilled meats and seafood, and desserts made with locally sourced ingredients. They will also feature speciality drinks, cocktails, craft beers, wines, and spirits.

Saudi Arabia has unveiled plans to build one of the world’s largest cities outside Riyadh.

Within Ad, Diriya is the UNESCO-listed ruins of the ancient town of At-Turaif – the sprawling mud-brick capital city founded in the fifteenth century, with much influence owing to the Najd architectural style of Arabia.

The newly launched ‘Journey Through Time’ master plan aims to transform Al Ula – a small town northwest of the kingdom – into a global destination for tourists offering heritage, nature, arts and culture.

Prince Mohammed’s plan will see the construction of a new low-carbon tramline connecting five distinct districts across the area, following a similar route to the old railway line that runs along the Hijaz railway, used by pilgrims for centuries.

According to Crown Prince, the aim is to make Al Ula a model for sustainable tourism, showcasing how people can live in harmony with nature while preserving the environment.

He added that he hoped the project would help boost the local economy and bring jobs to the region.

A significant part of the plan is the creation of a new eco-tourism zone known as the ‘Green Coast, which will include hotels, restaurants, shops, museums and galleries.

The Kingdom of Saudi Arabia has announced plans for a massive new development dubbed “Amala”, which will include hotels, shops, restaurants and residential areas along the shores of the Red Sea. The project will cover an area of 3,000 square kilometres and be located near the town of Al Jubail in the north of the country.

Dubbed the ‘Rivier of the Middle East, the development will consist of over 1,800 hotel rooms, 900 private villas and a retail area with around 200 outlets. There will also be an academy of the arts, training local artists to do work specifically for the site.

The project, which is expected to take about 30 years to complete, will be funded by the Public Investment Fund, the sovereign wealth fund of Saudi Arabia, and it will be built on three separate sites. The first will be a large resort complex, the second will comprise a shopping centre, and the third will house residential properties.

According to Reuters, the initial investment into the project is worth around $ US 39 bn. However, the exact amount invested has yet to be disclosed.

The Kingdom of Saudi Arabia announced plans to construct the world’s tallest building – a tower measuring 828m high – in Mecca, the holiest city in Islam. Dubbed Jabal Omar, the skyscraper will feature a mosque, hotel, shopping mall, cultural centre and conference facilities. Construction is expected to begin next year and take around ten years to complete.

The eight-phase project will cover an area of 40 hectares, with each phase taking three years to build. Once completed, Jabal Omar will provide accommodation for up to 36,000 pilgrims per annum, increasing to over 100,000 during the Haj season. The majority of the structures within the complex will be constructed using precast concrete components, with steel frame elements used where necessary.

6. One of the Largest Airport in the world

The airport is expected to cost between $100 billion and $200 billion.

“Three years ago, the crown prince launched the initial vision of Neom, a dream back in 2016,” al-Nasr said. “We worked for more than two years to change this dream and Vision into a set of strategic plans.” 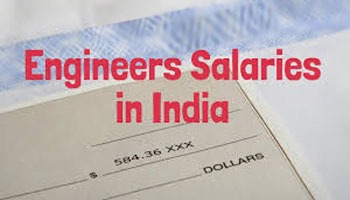