Thank you for registering for the seminar.

Your ticket has been sent to your email ID. It is mandatory to bring your seminar hall ticket along with you (you can show the ticket on your mobile as well). 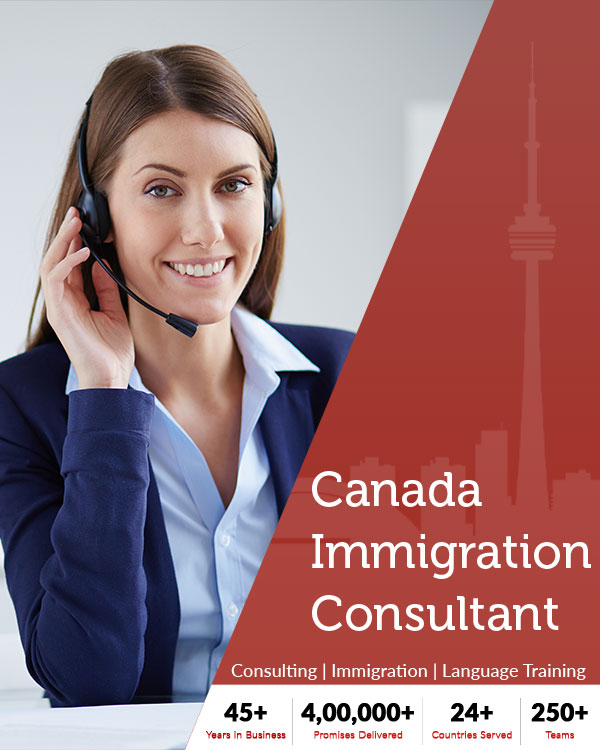 Top Programs to Migrate to Canada Easily in 2022

Why is Canada in Need of Immigration?

Three categories of immigrants are accepted in Canada: those who fit into the economic, familial, and refugee and humanitarian categories.

The economic class welcomes skilled workers to help maintain Canada's high level of living. In order to support its labor force and economic expansion, Canada needs highly skilled workers. As a result, they are essential to Canada's efforts to promote economic development and social services like universal health care and education.

Through family sponsorship, the second-largest immigrant class enters the country. Strong families are the foundation of Canadian society and its economy, so Canada welcomes the loved ones of its citizens and permanent residents.

The third-largest class is welcomed for humanitarian and refugee reasons. There are several Canada PR visa types and the different types of PR in Canada have varied offerings.

Have a look at the following Canada PR visa types and Canada PR program to understand the details and functionalities.

Under the Canada immigration program, Canada aims to accept more than 400,000 immigrants annually as part of its Immigration Levels Plan. About 60% of these immigrants are skilled employees when they first come. Express Entry, a system for managing immigration applications, is the primary route for skilled workers to immigrate to Canada. The Provincial Nominee Program (PNP), Quebec's skilled worker programs, and a few other focused federal programs make up the second main route.

Candidates who meet the Express Entry eligibility requirements of the Canada immigration program can upload their profile to the federal government's website. Candidates are assigned a CRS score depending on factors such as age, education, language skills, and work experience.

Immigration, Refugees and Citizenship Canada (IRCC) invites individuals with the highest CRS scores to apply for permanent residency every two weeks. The IRCC's goal is to handle permanent residence applications in six months or less.

Under Canada's new immigration program the Provincial Nominee Programs (PNP) allow Canadian provinces and territories to nominate people who want to immigrate to Canada and live in a certain province. Under the PNP, Canada hopes to welcome approximately 80,000 immigrants each year.

Except for Quebec and Nunavut, each province and territory has its own PNP. Each province establishes its own standards for selecting qualified individuals. PNPs use Expression of Interest (EOI) processes similar to Express Entry and invite the top scorers in regular lotteries.

To apply, you do not need to have an Express Entry profile. You can apply to a PNP stream directly. These are known as 'base' streams.

You can also apply to Express Entry-aligned PNP streams. These are known as 'enhanced' streams. The advantage of applying to an enhanced stream is that you will have more possibilities.

Receiving a provincial nomination through one of these channels earns Express Entry candidates 600 more Comprehensive Ranking System (CRS) points. This virtually guarantees that you will be invited to apply for permanent residence in a subsequent Express Entry draw.

Under the Canada PR program, Quebec has its own immigration system with its own selection criteria that are distinct from Immigration, Refugees, and Citizenship Canada (IRCC) programs and the PNP. Those who are chosen to immigrate to Quebec are granted a Quebec Selection Certificate, also known as a Certificat de sélection du Québec (CSQ). This is a paper released by the Quebec Immigration Ministry.

A CSQ can be obtained through one of Quebec's immigration programs.

The Quebec Skilled Worker Program (QSWP) is designed for skilled professionals who want to move to Quebec and become permanent residents of Canada.

International students who have finished their post-secondary education in Quebec are fond of the Quebec Experience Program (PEQ). Foreign skilled professionals with prior work experience in the province are also eligible for this Canada immigration program.

Quebec also offers business immigration options for independent contractors and business owners who want to live and work there permanently, as well as for immigrants who want to invest in the province and become permanent residents.

Employers who want to take advantage of the AIP Canada immigration program must identify a qualified applicant and extend an employment offer. They are not required to carry out a labor market impact analysis. After the candidate accepts the offer, the employer is required to put him or her in touch with a designated group that will assist in creating a settlement plan. Employers may also have access to a temporary work visa if they need to fill the post fast.

There are other specific federal skilled worker programs that aid some immigrants in obtaining permanent residency. The extra federal programs consist of:

Small and rural communities in Canada are able to draw in and keep foreign workers because of the RNIP. Participating communities play a key role in luring new immigrants and placing them in positions that suit them.

Candidates must have high school graduation, 12 months of job experience, and meet the minimum language requirements in order to be considered.

The remaining immigration schemes allow foreign carers, such as nannies and domestic helpers, a route to Canada PR visa. In order to qualify for a program, caregivers must have at least two years of relevant work experience.

There are various methods available to business people that want to expedite the Canadian immigration procedure.

You could be able to immigrate to Canada, for instance, through the Federal Self-Employed Persons Program or the Federal Start-Up Visa Program.

Moving to Canada from the U.S.

There are many choices available to you if you want to live in Canada and are a citizen or resident of the United States. Each year, many Americans relocate north to Canada to work, study, or immigrate.

Candidates who want to work in Canada have a variety of options to select from, depending on their circumstances. For instance, the Canada-U.S.-Mexico Agreement (CUSMA), originally known as NAFTA, facilitates a process to assist Americans working temporarily in Canada. The arrangement benefits CUSMA traders and investors as well as intra-company transfers.

Candidates may be sponsored to immigrate to Canada if they have a spouse or common-law partner in the United States. Additionally, Americans can choose from a variety of immigration alternatives if they want to start a new business in Canada or buy an existing one.

●Your spouse or common-law partner

● Dependent children of your spouse or common-law partner

The Canadian government is devoted to maintaining intact families. As a result, Canada hopes to assimilate over 400,000 new immigrants per year.

The Super Visa program is another choice for parents and grandparents.